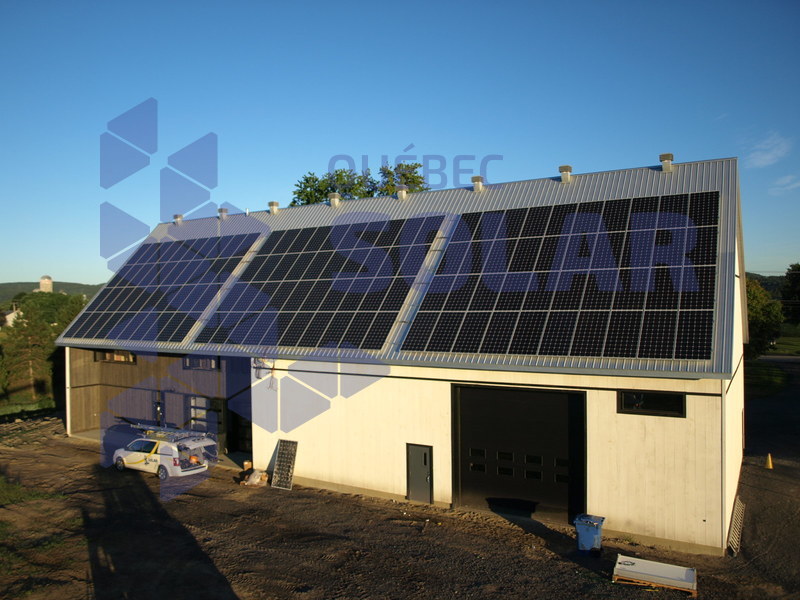 A team you can trust. We have used their expertise to design and install 43 Kw of solar power on the roof of our new barn and the quality of work is undeniable. True turnkey solution. Very satisfied!Alain Perreault 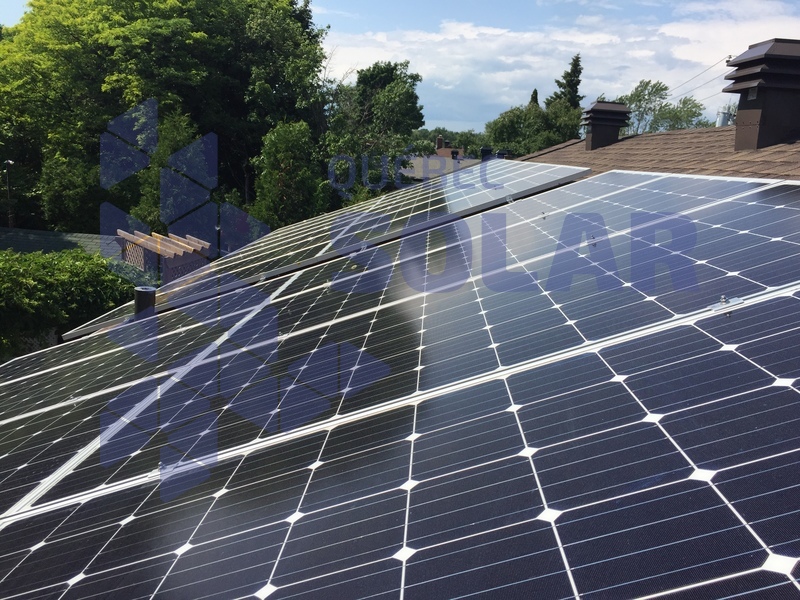 Honest and dedicated company to the satisfaction of the customer. Their perspective of efficiency performance of the system is conservative according to an article in the Montreal newspaper citing experts in the field. Their price is very competitive again according to this article published about 2 months ago.I recommend them without any hesitation.Thank you Mr Bartek and his team! 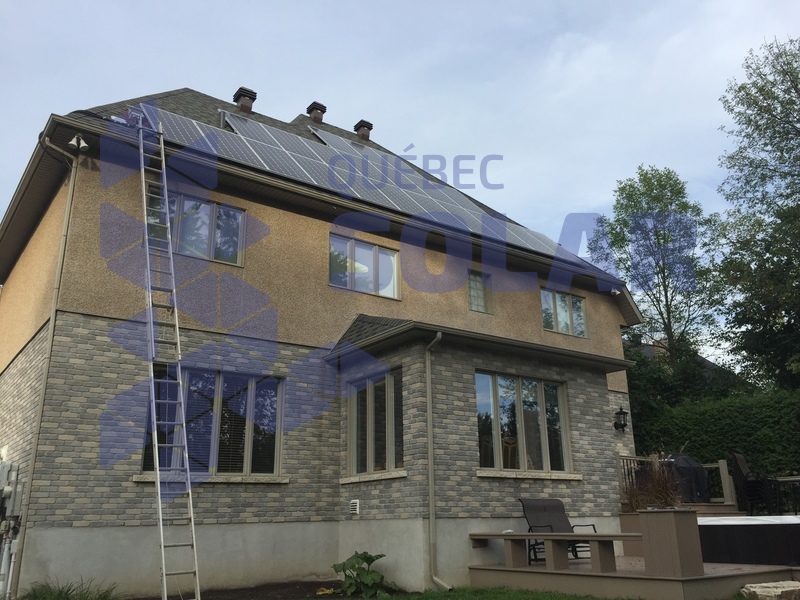 Bartek and Max have a very good business going on. They deliver on what is expected of them and beyond. Our project was a tricky and challenging one and they conquered it, problems faced and solved. 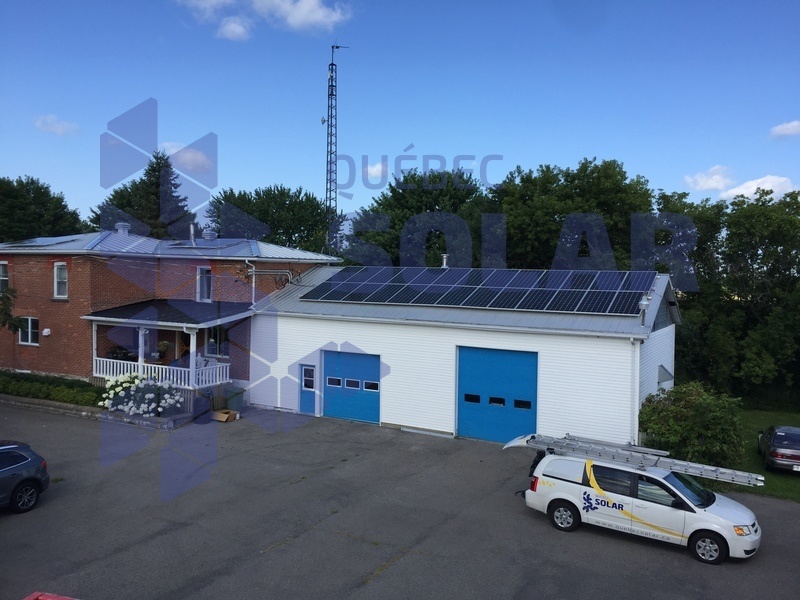 I am very satisfied with the work of Quebec Solar, they are people in whom we can be extremely confident. Discretion and professionalism. Thank you François Lemieux 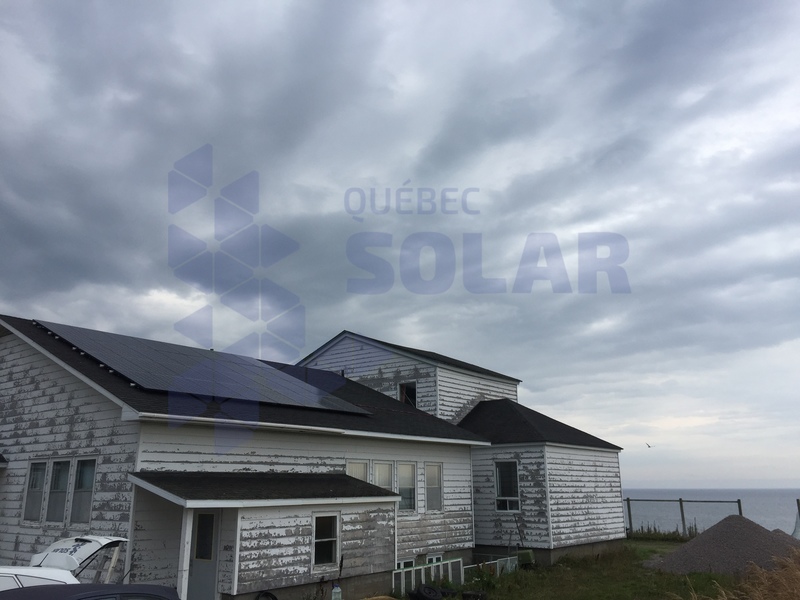 A local company, efficient and responsible. They came to install 32 solar panels on the roof of my residence in Magpie; I think it's a first one in the Cote Nord connected with net metering to HQ network. Thank you and BRAVO! 100% recommend this enterprise for all solar solutions. 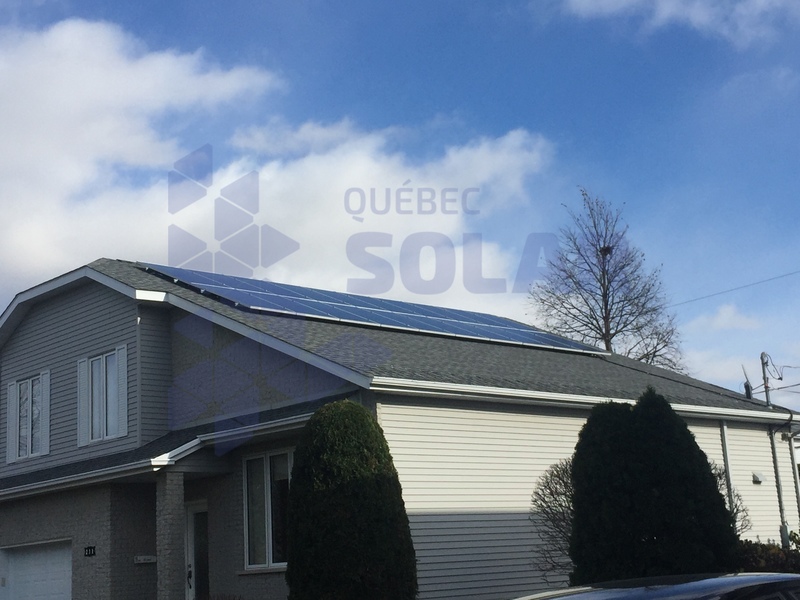 For the installation of solar panels connected with Hydro-Québec or other, you want a job well done. Turnkey solution and a team responsible; please contact: Solution Québec Solaire inc.Informational meeting and clear and neat submission, answers to all questions, quick installation, contact with Hydro-Québec, preparation of all the necessary paperwork for the Réno Vert tax credit, this is what characterizes this young company.This is a team you can trust and relay on. 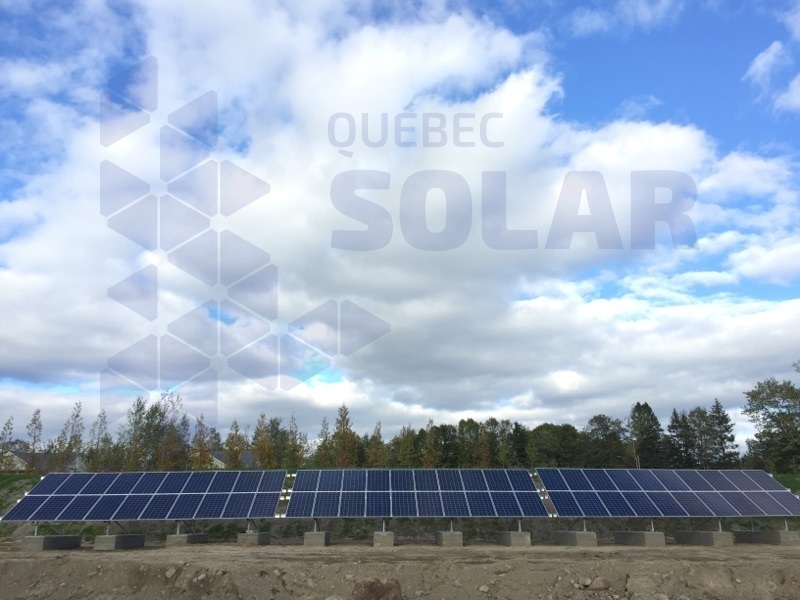 I have teamed up with Quebec Solar to install my solar power project at the Pépinière Jacques Joly. I am more than satisfied with their impeccable work and attitude. I recommend them to anybody who has solar panel project in mind. 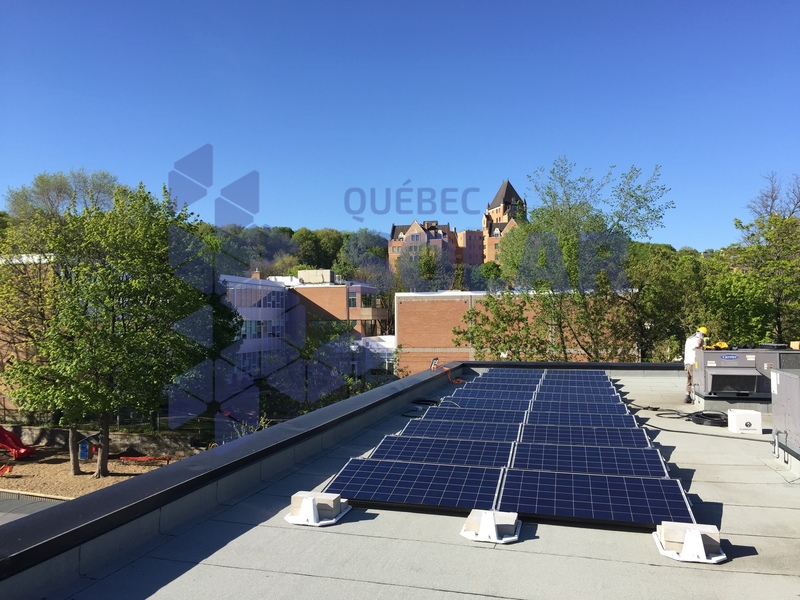 The Priory School had a student led initiative in which the students accumulated data, reviewed our power consumption, looked at possible solutions and then invited service providers to the school to get better informed.   We had three suppliers that were invited and this is where we met Quebec Solar for the first time.   They understood that there was no tangible project at the end, but were willing to come in and educate our students on the benefits of solar energy and took the time to explain how the process works.    Once the students had accumulated their information they scheduled a meeting with the Priory School Board of Directors and made a presentation on the costs and benefits of a solar project, and recommended that Quebec Solar be the chosen supplier.

Following approval of the board, the project got underway very quickly, multiple suppliers were contacted and the school administration agreed that Quebec Solar should be given the project.   Quebec Solar was given the contract in April and provided a full turnkey solution including getting the project approved by the government, installation over the weekends to ensure that class time was not affected in any way.  The project was completed in early June and the school stakeholders are very pleased to make The Priory School even “greener” than it was before.

Working with Bartek and Maxime has been a pleasure, they were on time, on budget and they even returned after the project was completed and helped configure our monitoring screens.

The Priory School will be calling on Quebec Solar should we go ahead with Phase II of the solar project, very professional. 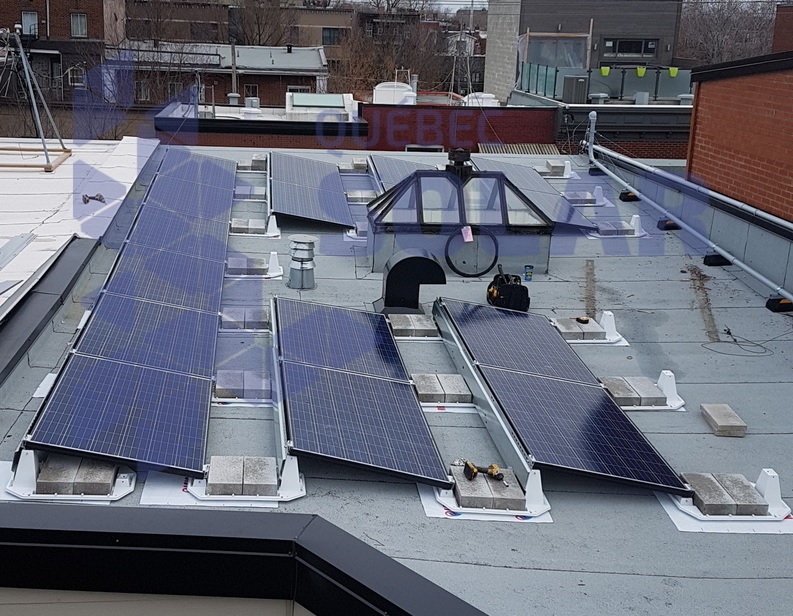 We selected Quebec Solar due to their professional approach on designing, recommending and promptly replying to any of our concerns on a solar power facility for a 4.8 kWh grid tie in system in Montreal. They offered a TURN KEY solution which is what we were looking for, from electrical tie in and application with Hydro Quebec, to the final on line monitoring of performance and application process for Renovert credit. The installation team was equally professional, efficient with an excellent approach to safety. We are very satisfied with having selected Quebec Solar for our solar power generating needs, and would highly recommend them as the Solar Power provider of choice. Thank you Quebec Solar ! 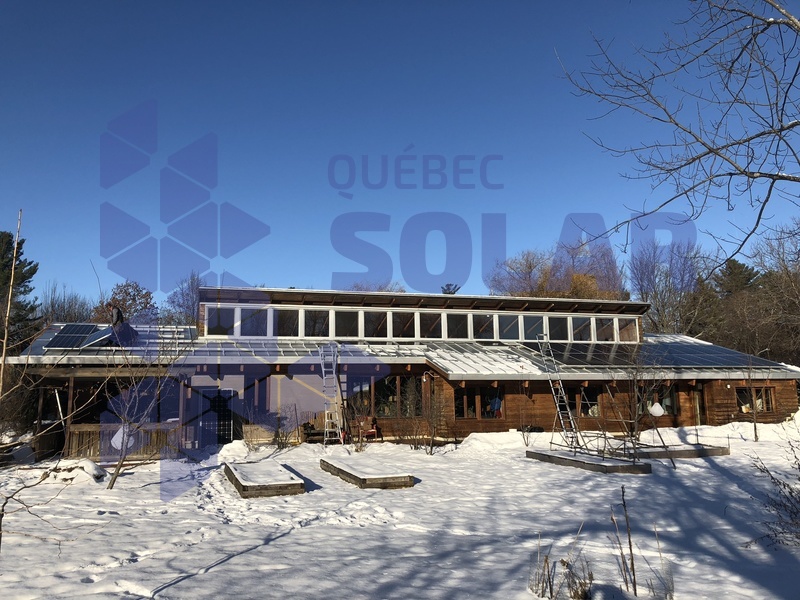 Great service, knowledge, and attitude. Max and Bart enjoy their work, and it shows. They were very patient over the several months that it took our roofers to finish the roof, and they installed our panels within days, in -15 C temperatures. They contact hydro for you, and complete all paperwork with them and for the RenoVert tax credit. It really was a no-hassle, great experience. We can't recommend them highly enough! 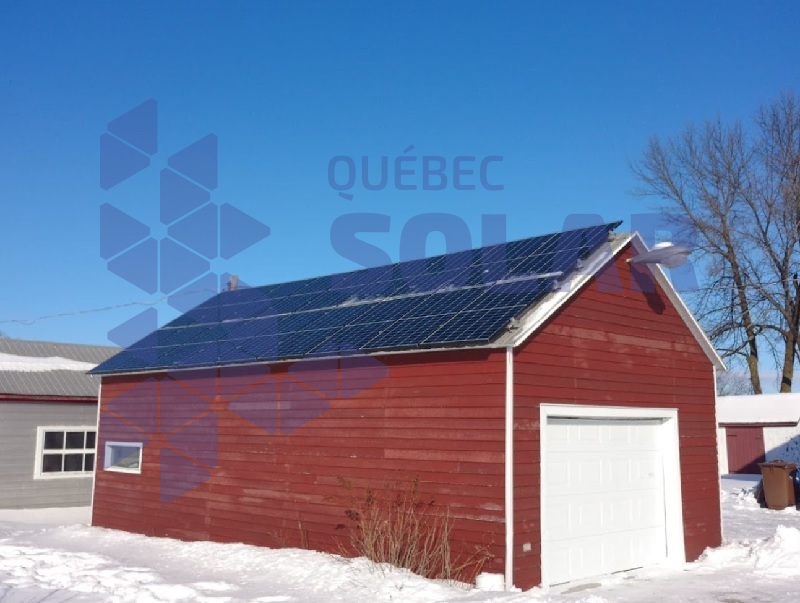 We had Quebec Solar install a solar array on our garage. They did an excellent job and we are very pleased with the results. From the very first site evaluation, cost estimate, and consultation Bartek and Max were open and honest about the costs, benefits, and realistic results. We received the full design, estimate, and Hydro Quebec approvals very quickly. The components of the system they installed for us are high quality and from well credentialed manufacturers and suppliers. There was some delay receiving the panels from the suppliers and we were very well informed and updated by Quebec Solar until the panels arrived at the house. It has been 2 months now, and we can see (on Hydro Quebec's website) a real difference in our energy consumption. I highly recommend Quebec Solar, and I also recommend Max's garlic. 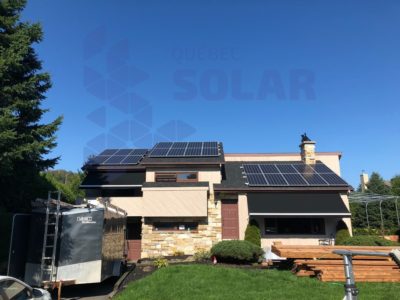 Quebec Solar provided me with a preliminary quote c/w power consumption analysis. The installation was completed on time and within budget. Quebec Solar is a very professional group and I'm glad to now be part of the solution instead of continue being a part of the problem. The system went on line as of September 11 2018 and as of Oct 31 2018 I have generated 1 MegaWatt of electricity. Exactly the amount that was originally predicted in their original quote. Excellent Job and I strongly recommend Quebec Solar for your Solar Panel needs. Saving the planet of 315 Gallons of Fuel, 37 Trees and 734 Kg of CO2 and counting! Regarding Net Metering: You may not see the power contributed back to the grid in your first several hydro bills. Apparently there are so many Solar Panel customers and they still need to manually adjust your bills so be patient. Eventually you'll receive a manual bill with an additional column indicating the amount of power that you have put back into the grid that will be used later in the year when the heating season arrives. Thanks again Quebec Solar Team to your Professionalism and Seamless Installation process.OwnerWatch time lapse video: here.